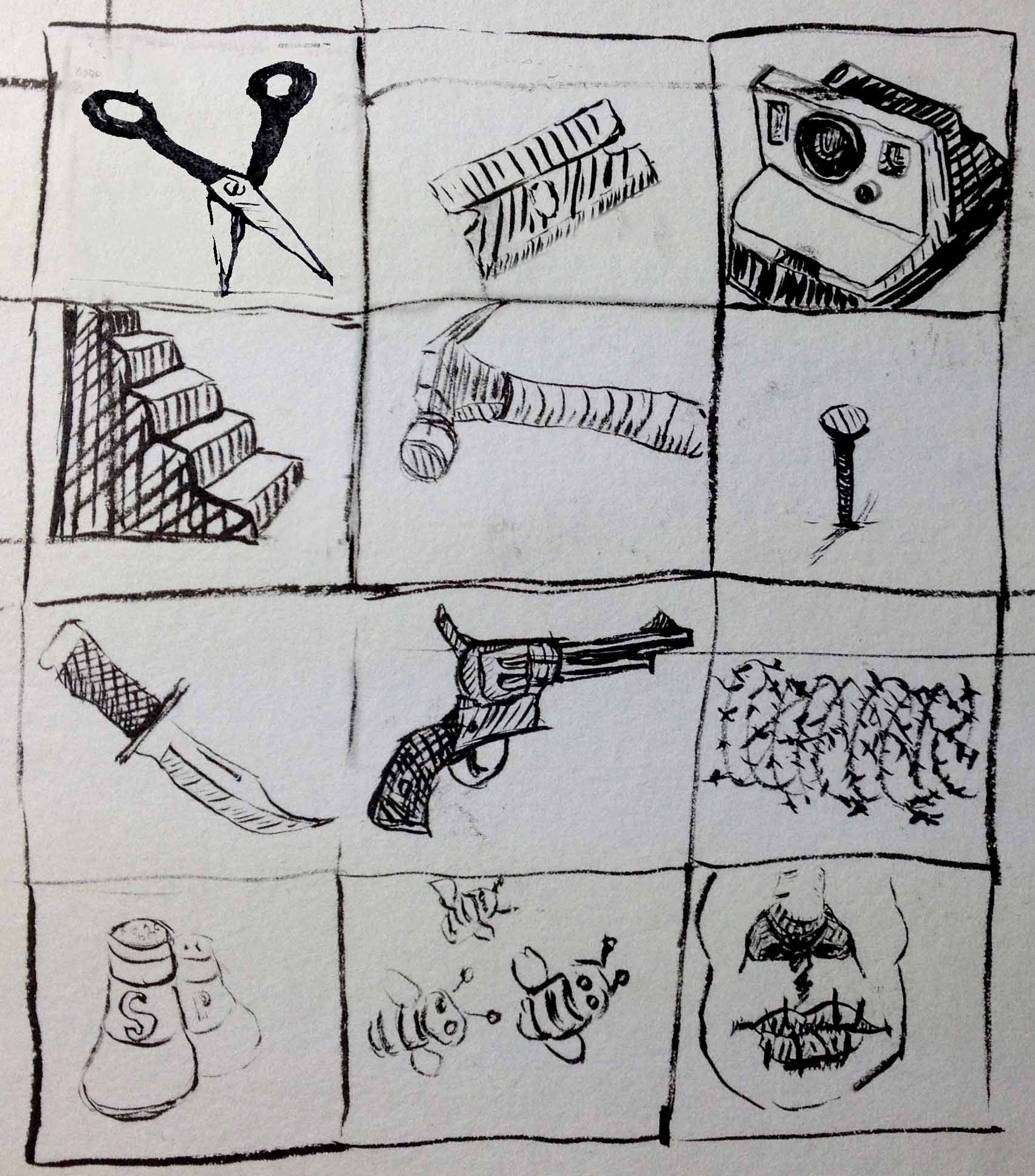 In this episode,  we pick several of our favourite artists that put themselves in danger. Putting their own bodies sometimes figuratively and literally in the line of fire. From getting themselves shot to having parts removed, remember don’t try this at home!  Also, we have the usual art story that amused us. Please remember to subscribe and thanks for downloading.

In America, people were very apathetic towards violence. It was everywhere, especially on TV.  Chris Burden realised that people had become quite numb to this, stating, “Shooting People and people being shot is as American as apple pie”.  He wanted to wake people up from their apathy, so as a sculptural performance piece he decided to have himself shot.

He asked his good friend who was an accomplished marksman to do this for him. His friend agreed as he liked the idea of shooting someone for art. The idea was, that Burden would not suffer any real injury. The theory, being that the bullet would just whizz past his left arm, just scratch it, and a small trickle of blood would appear for effect.

When the time came, he gathered a few friends in a gallery space. His friend stood 15ft away from Burden, took aim (pointing his gun slightly more to the left just to be safe) and fired a single shot. The 22 calibre bullet still managed to cause a flesh wound. Burden went white at the shock of actually being shot and went to the hospital. He informed the police that is was an accident. This performance catapulted him to fame.

In this piece, he was kicked down the stairs.

With all the pieces, the artist never sought to actually seriously injure himself, e.g: in his piece “Transfixed”  (1974) he had himself nailed through the hands in a (crucifixion type pose) onto a VW Beetle car. He spent time looking at medical books, to establish out the safest and least painful way to perform this task, without actually harming himself.

You can see a clip of this part of the pod with visuals on our Youtube Channel!

Marina Abramovic Is a performance artist, who in the 1970s performed a series of works titled “Rhythm”, the most famous of these was Rhythm 0 (1974)

A lot of the public thought that performance artists were just publicity seekers.  Marina wanted to turn the tables and become a passive participant. Instead, the public would become the centre of attention. Also by doing this also it would  push her art to the edge, she stated “your own performances can go far, but leave  decisions to the public you can be killed”

The piece lasted for six hours from 8 pm to 2 am. In the space was placed a long table with a white table cloth on it. On the cloth were placed 72 items, including rope, chains, olive oil, a knife and a revolver with a bullet.

The gallery visitors could use the objects to interact with her in any way they saw fit, she would remain completely passive to them. She absolved them from all responsibility for their actions, so they could even kill her if they wanted to.

At the start of the performance, the participants only did nice things to her.  Someone gave her a rose, she received a hug, and she got a kiss on the cheek. Gradually as time went on the audience became wilder. Her arms were stuck in the air, she had liquid poured on her, she was lightly cut, her top was cut off with scissors. Someone even took the revolver, placed it loaded in her hand, put it to her head to see if she would pull the trigger (the gallery owner intervened at this point).

“What I learned was that… if you leave it up to the audience, they can kill you…I felt really violated. It is a terrifying yet fascinating lesson in the consequences of passivity.” Marina was quoted as saying.

She put her hands at risk too.

In Rhythm 10 Abramović performed a type of dangerous knife game called “five-finger fillet”. The idea is that you place your hands on a floor or table, spread your fingers and stab between them with a knife getting faster at each time.

Here are Marina Abramović; instructions from the Rhythm 10 performance

I turn on the tape recorder.

I take the first knife and stab in between the fingers of my left hand as fast as possible.

Every time I cut myself, I change the knife.

When I’ve used all of the knives (all of the rhythms), I rewind the tape recorder.

I listen to the tape recording of the first part of the performance.

Through this performance, she tested her physical and mental endurance in a ritualistic sacrificial way.

Just as Chris Burden responds to people’s apathy and like Marina Abramovic’s Rhythm 0 makes others the creators of the artwork, Petr Pavlensky does very little and makes the state and its systems part of the artwork. “My task is to make the authorities produce art,” he said

Russia is in parts quite a repressive regime, in order be seen and heard Petr engages in a very extreme form of art. The state likes to manipulate the masses through the media and it’s power has such as political use of the police force,  Petr as passive instigator of his art, seeks to make the government agencies of state the performers of  the work, also the resulting legal documents and photographs the become records of the actual work…..

On Sunday lunchtime the artist went to Moscow’ Red square and nailed his scrotum to the ground being careful not to hit any arteries.

Soon the Police arrived and covered him in a large blanket, the confused men when confronted by the scene of a nailed down naked man, called an ambulance. He was taken to hospital and released later that day without any charges. However, a few days later the Police decided to make up a charge of  “hooliganism motivated by hatred of a particular social, ethnic or religious group”.

The idea for “Fixation” came to him when a prisoner once told him that inmates in the Russian Gulags (prisons) had been known to nail their scrotums to trees protesting at the bad conditions. Pavlensky felt the whole of Russia was becoming a big prison.

Pavlensky in 2013 was nominated for a rather niche prize, that of “Alternative Prize for Russian Activist Art in the category Actions Implemented in Urban Space”

“The human body is naked like a carcass, there is nothing on it except the barbed wire, which by the way was invented for the protection of livestock. These laws like the wire, keep people in individual pens: all this persecution of political activists” said the artist.

On October 19, 2014, Pavlensky cut off his earlobe with a  Knife while sitting naked on the roof of the  Serbsky Centre. He was protesting about the political abuse of psychiatry in Russia.

Mao Sugiyama on the Menu

Mao Sugiyama is a Japanese activist and artist from Tokyo.  He had his genitals and nipples removed on the March 31st 2012. He did this to bring attention to asexuality and gender equality. He staged a banquet where he cooked and served his body parts. He and three other people were charged with indecent exposure.