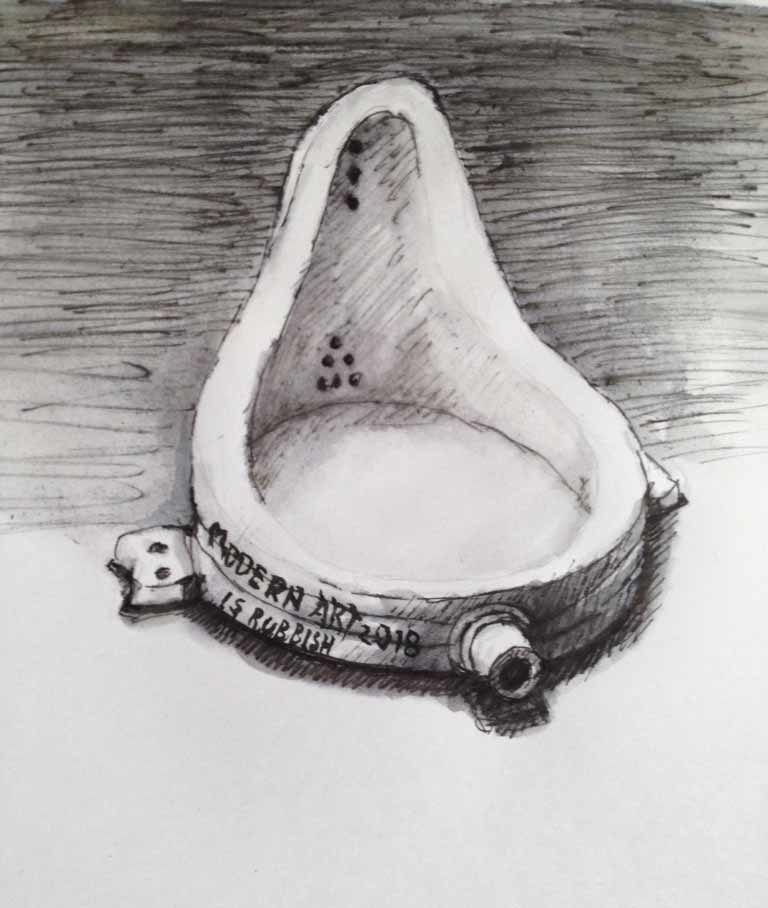 Marcel Duchamp the Man and his “Arty” Urinal

It is very hard to talk about a lot of Modern Art without mentioning Marcel Duchamp, he was a pioneer of the idea “that anything can be considered art…So we want to give you the “heads up” on the Toilet man himself.

Duchamp came to prominence with his “Nude descending a staircase Number 2” and this was painted in 1912. It was first exhibited in 1913  New York at a famous exhibition called the Armoury show, this featured other famous artists, such as Van Goch, Picasso and Matisse.

In 1917 in New York there was an exhibition of the Society of Independent artists, Marcel Duchamp was on the board of judges. The exhibition entrance rules stated that anyone could enter and that everything that was submitted would be accepted and shown.

Marcel Duchamp anonymously entered a  Ceramic urinal he bought. He painted on it the name R Mutt….. The piece was called “Fountain”

By submitting a toilet he knew that the Society would come under a lot of pressure if they showed the work because they would have to explain their actions to the wider public:  as a result, it was rejected, despite the judges saying all pieces would be accepted.

Duchamp remained pretty much unknown until the 1950s and 1960s when a new generation of artists were influenced by him.

Link on the Armory show and “Nude Descending a Staircase”

A Short video on Marcel Duchamp

There has been a theory that Duchamp was not responsible for the creation of “Fountain” however after much research we still believe in the accepted version of Art History. Here is a link to a good blog post by artbouillon.com discussing the issue.