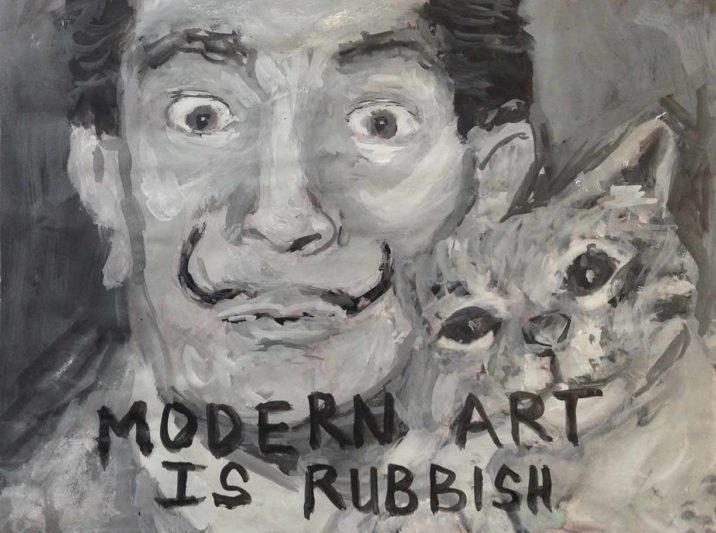 Dali was a showman  and master of publicity, who was famous for his Dreamscapes featuring his anxieties and fears. Join us as we take you into the world of Salvador Dali!

“If you play a genius you will become one.”

Dali’s father was a Lawyer and Notary and quite authoritarian and had bad temper, he was very closed to his mother…

He was an extremely shy nervous child… His friend recalls him being terrified of Grasshoppers.

He was a naturally talented artist.

Portrait of My dead Brother 1963

Link to the image here

When he was five he was told by his parents that he was the reincarnation of his brother who died Nine months before him as a 2-year-old his brother was called Salvador Dali.

He referred to him and the spirit of his brother as Castor and Pollux, a Greko/Roman legend. When Castor was killed, Pollux asked Zeus to let him share his own immortality with his twin to keep them together, and they were transformed into the constellation of Gemini

Portrait of my brother features the image a boy taken from a newspaper, Dali recreates and enlarges the dots of newsprint, made popular in art by the American artist Roy Lichtenstein.

Dali  spent many summers in the Cadaques in the northeast corner of Spain
Cadaques is by the sea and had landscape dominated by rocks… In the mind of a boy, they would take on different shapes  The double image is something that would appear in many of his works and particularly the rocks which form shapes and looked like different things….. 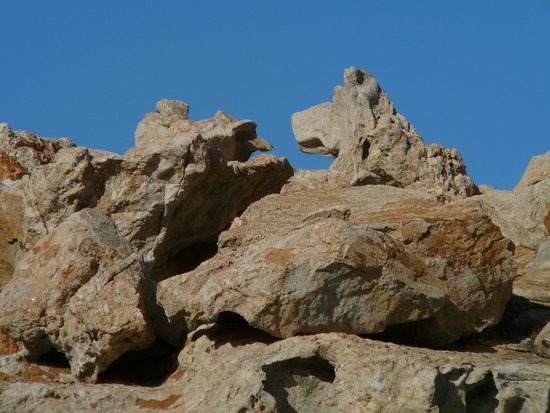 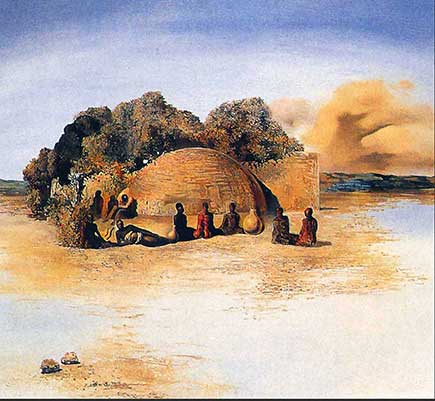 Pablo Picasso sent Dali an image of African villages that when turned it on its side it looked like a face… Dali painted this and made this image into a painting.

1922 he went to study painting in Madrid

Being so timid he became a flamboyant exhibitionist in order to overcome this.

In 1926 he went to Paris to meet Picasso

Picasso described “Dali as having a mind like an outboard motor”

“There can be no Dali without Gali”

Gala an older more life experienced person than Dali. When they first met she was married to the Surrealist poet Paul Eluard. It was love at first site. Gala was the driving force behind Dali she was his agent and source of inspiration and would find galleries and buyers for his works…

‘I would polish Gala to make her shine, make her the happiest possible, caring for her more than myself, because, without her, it would all end.’ – wrote Dalí.

A strange compelling film. It has a narrative that plays like a dream. In it, Dali plays a priest

This surreal short is famous for its opening scene in which a razor is shown cutting across an eyeball.

It also includes scenes such as a man standing on the street prodding a hand with a cane while 2 police struggle to hold back mean in hats and suits who surround them trying to get a curious closer look. One scene has two grand pianos with 2 dead rotting donkeys under their lids…

This was film popular with the surrealists and he officially joined the group.

1931 he develops his paranoiac-critical method. He was deeply influenced by the work of Sigmund Freud who was pioneering research into the unconscious mind… Dali most famous works feature images drawn from his deep subconscious. such as, elephants and part open draws.

The various images that appear in his works have meanings attributed to them:

Ants: as a child, Dali saw an insect that had been eaten by ants and it was covered in ants and just its outer shell remained this came to symbolise powerlessness death decay and perhaps overwhelming sexuality

Crutches: The crutch is a symbol of death and resurrection It supports the flaccid, it represents the lack of security he felt and the need for support.

Did he do drugs?

Image of Persistence of memory here

His most famous work was Persistence of memory metal attracts ants like rotting flesh. It features soft melting watches in a surreal landscape, some are caught on a tree, A strange face lies melted in the centre of the picture it looks as though it Dali’s. The idea came to him when he was eating Camembert cheese. When Gala when she saw it she said: “no one will ever forget it.”

To escape the war in Europe Salvador Dali went to America where he was a famous celebrated character.

He made a lot of money from doing portraits and performed many stunts.

He even had talks with the Marx Brothers (he was friends with Harpo about creating a film for the Marx brothers called Giraffes on Horseback Salad it was never made but was recently turned into a graphic novel.  Dali talks with Disney about making a short film called Destino. It too was never made until 2002 long after his death.

Dali was interested in quantum theory and the atomic science He described the atom as his favorite food for thought. He did many works on this theme he described this period as Nuclear mysticism

Galatea of the Spheres 1952

You can see an image of the work here

One of the most famous of the “Nuclear” works was Galatea of the Spheres. It is a portrait of Dali broken up into a matrix of spheres that are suspended in the air. Yet it still has a renaissance feel about it. The spheres represent atomic particles.

You can see an image here.

The Lobster telephone is a surrealist object, made from the placing items that normally you would not associate with each other together.
To dali Lobsters and Telephones had a sexual connotation for example in one multimedia artwork, Dali dressed live nude models in seafood costumes and he used lobster to cover their private area. Covering the phones receiver was a lobster.

Dali once said….
I do not understand why, when I ask for a grilled lobster in a restaurant, I am never served a cooked telephone; I do not understand why champagne is always chilled and why on the other hand telephones, which are habitually so frightfully warm and disagreeably sticky to the touch, are not also put in silver buckets with crushed ice around them.

Crafted from pure gold and encrusted with  46 rubies, 42 diamonds, and two emeralds,  the ruby heart actually beats as you can see in the video below.

Created by Salvador Dali and Edward James the sofa is in the shape of the actress Mae West lips. Seductive but a dark piece when you sit in it, you are sinking into the mouth of the sofa. 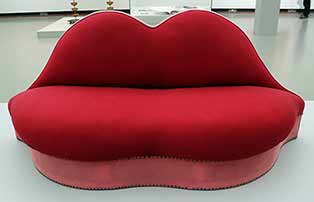 This was opened in 1974 and was billed as the world’s largest surrealist object. It was inaugurated in 1974 in Figures. This is the place where Dali is buried.

Apparently, the reason was that “everything ends up in the cauliflower!”.

In the London international surrealist exhibition. Dali was to give a talk. To represent how he existed in the bottom of the sea of consciousness he turned up in an old fashioned diving suit….. The artist nearly collapsed in the hot airless suit. And had to be rescued by someone who located a spanner

He once did a performance with a 12 metre long loaf of bread.

Once when meeting Warhol in a hotel Warhol handing him a Marilyn screen print which dali took and urinated all over it to Warhol’s delight!

We also mentioned the Musician Kevin Pearce in this podcast referencing his Coats in Doors childhood Protest.

You can find more info about him at kevinpearcemusic.com