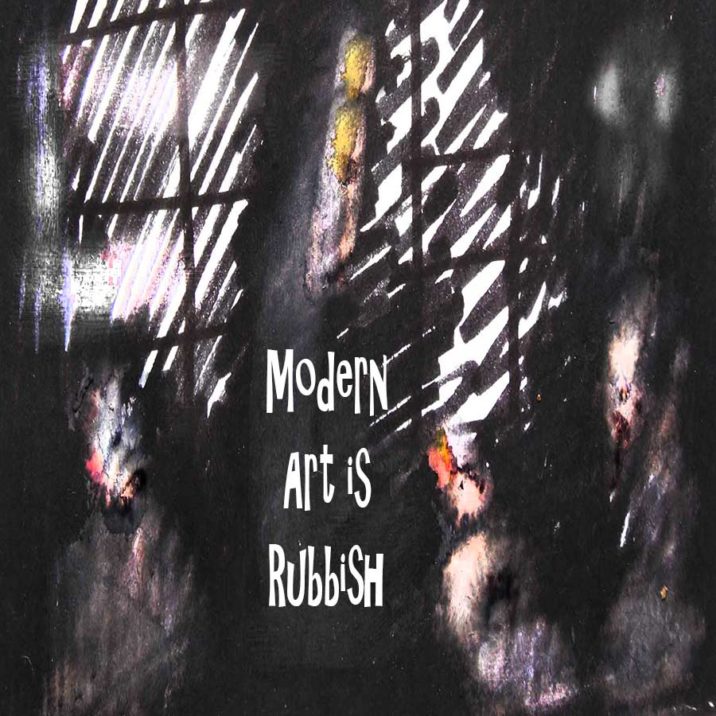 As Halloween approaches in this scary special, you will be spooked by things like  Smoking Skeletons, Cannibal Gods, and Sculpture Blood heads!

Head of a Skeleton with a burning cigarette 1886 – Van Gogh 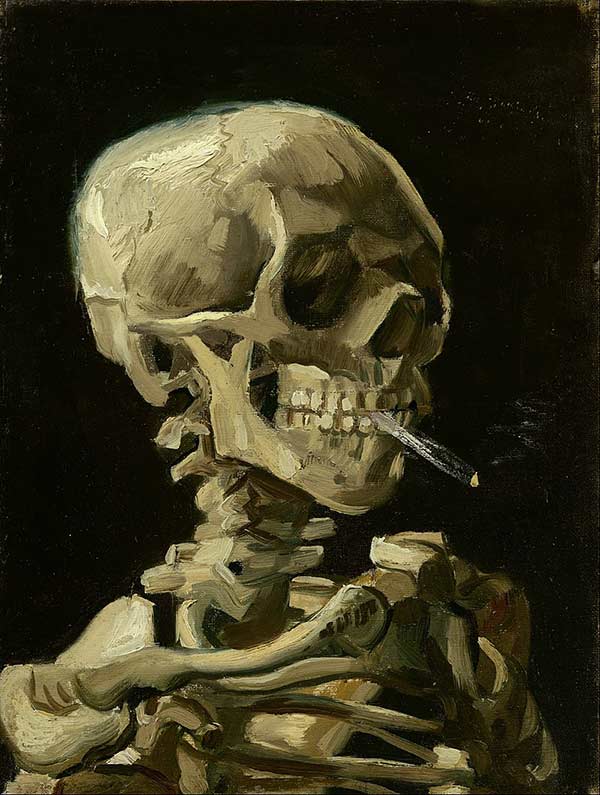 In 1886 Vincent Van Gogh painted an academic study of a skeleton on a black background with a lit cigarette in its mouth.
He painted this picture whilst studying at the art academy in Antwerp 1886. This would have been done in his spare time and probably as a joke.

With his tongue firmly in his cheek, the artist suggests it comes from his “Scare thy neighbours” period. The artist describes his work thus “it as a Picture of a decomposing human skull firmly ensconced on some devilish birdcage in which the raw gore of mans physical being lies lifeless at the base.”   You can see more work and the image here on the artist’s website 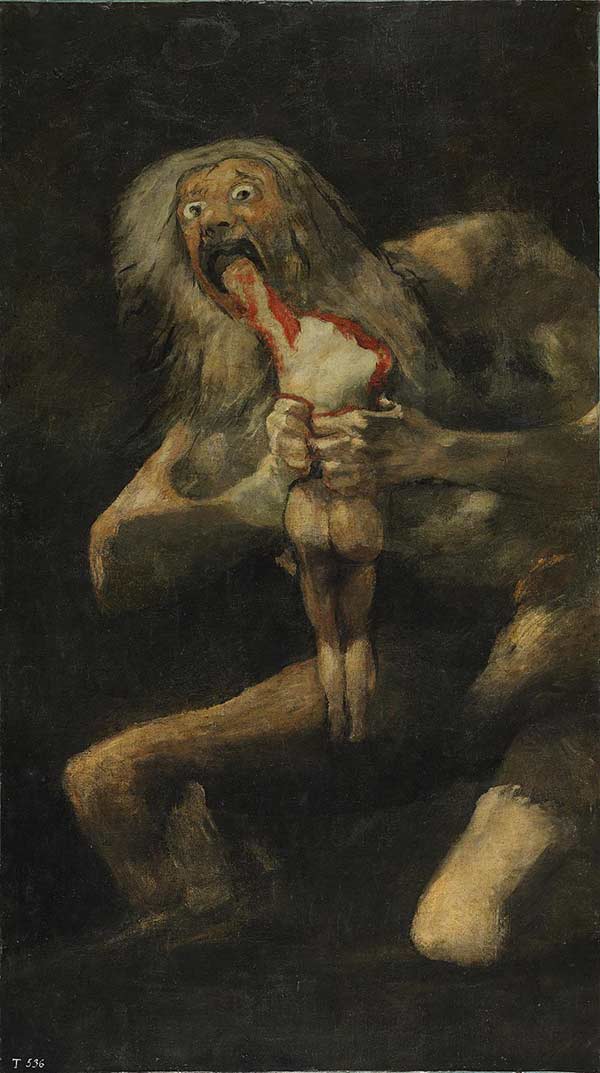 This was painted by the Spanish artist Francisco Goya born 1746 – died 16 April 1828
It is a Graphic image of the god Saturn feasting on the headless corpse of his young son. The child’s head and part of the left arm look have already been consumed. He grabs tightly around the waste of his son as he takes another bite from the left arm.
Saturn was a Roman God based on the Greek God Cronus.  Saturn hears of a prophecy that said that one of his sons would overthrow him, just as he had overthrown his father. So to stop this happening, Saturn ate his children shortly after they were born. His wife Ops, however, managed to hide Jupiter on the Island of Crete and Jupiter, in the end, overthrew his father.

The Saturn painting was part of a series of murals, they became known as the black paintings (Pinturas Negras). They comprised of 14 works all put on the wall of his house, it is believed they were painted between 1819 and 1823. The 14 paintings are dark in nature.

The witches Sabbath is another painting from the series. Satan in goat form is in the foreground intimidating a coven of terrified witches. 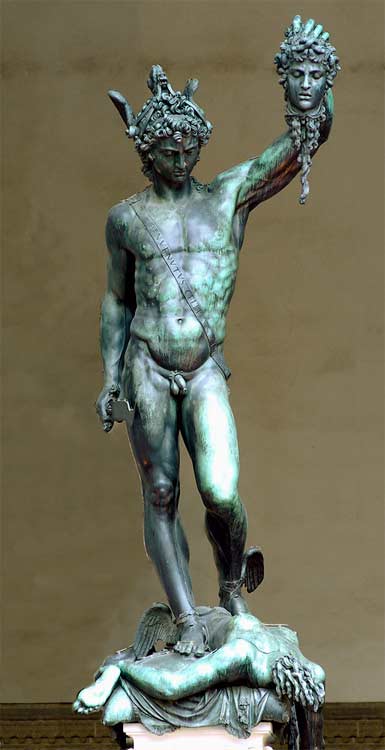 Perseus was a character from Greek mythology. The statue shows Perseus holding up the decapitated head of the Medusa. Medusa had snakes instead of hair and anyone who gazed upon her directly was turned to stone. He chose the medium of molten bronze, as he saw the pouring of molten metal as vivifying the work, the molten bronze being like a sort of lifeblood.

Olivier de Sagazan is a French painter, performer and sculptor

Just as many artists do, he in part seeks to give his work life, by literally inhabiting the works becoming both the puppet and puppeteer.

Here is a Direct quote from the artist website

“To erase his face is to ask the question of his identity. The puppet and puppeteer that we are, must find his true face buried under the mud. Metamorphosis is a way of questioning the unnameable that we carry in us.”

The video of the work is below

Blood head is a cast of the artist’s head made from 9 pints of his own blood. He made the first one in 1991 and he recasts one every 5 years. When he did the first one he was an alcoholic. Just as he was dependent on alcohol, the sculpture needs to be kept in a special refrigeration display case connected and plugged in to survive. The artist calls it an “artwork on life support”. Being made of blood, not only is it a self-portrait but it also contains the artist’s DNA and biological information. The work looks like the subject and is made of the subject. You can see a link to his work here.

You can see a clip of the Podcast with visuals below.

Marc Quinn Self – WHY Make A Blood Head ?

We mentioned a film Called the Hole during the podcast the trailer is below.