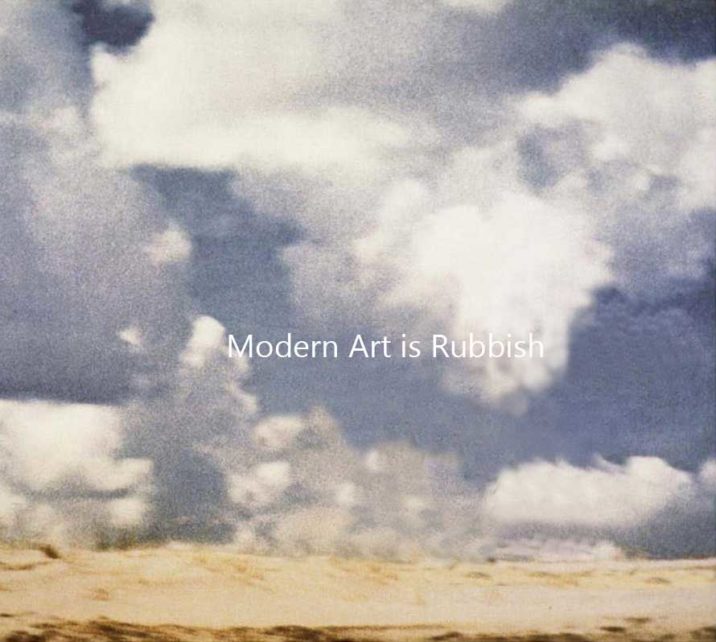 Fair Use or foul, artists in copyright court

Think artists can just copy and utilise what they want, think again! In this episode, we cover topics from Caribbean Copyright to puppy loving plaintiffs!

What is Fair Use?

Fair use is a doctrine in the that permits limited use of copyrighted material without having to first acquire permission from the copyright holder. This is just a general definition taken in part from the Wikipedia entry   Fair use can be used to copy material for limited and transformative purposes, comment upon, criticise or parody. The definition of fair use varies from jurisdiction to jurisdiction.

This site gives a great overview of Copyright and has some fun informative videos copyright user.org

If in doubt always see a qualified copyright lawyer in your own country. 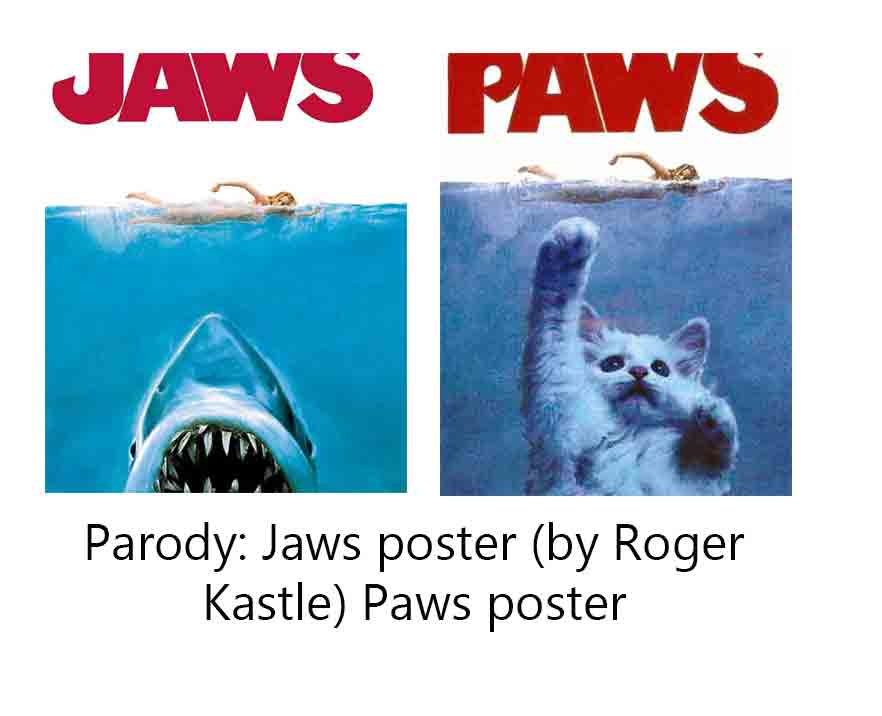 This is a great example of Parody. The “Paws” poster is a comic take on the Jaws movie poster. It clearly has been produced for comic effect using many elements of the original work

Koons came across Roger’s work “Puppies” on a postcard. He was doing a show based on the Banality of life and wanted to make a sculpture for it.

Koons did not make the sculpture in question but removed the copyright label from the postcard and gave it to his assistants. Koons wanted the work. “The work should have an intensity in between, real-life and animation — but do not animate — just make details sharp and at times slightly exaggerated.” 1992

His assistants produced a coloured sculpture based on the photo, but the dogs were coloured blue, with white noses. And the couple have flowers added to their hair.
The wooden sculptural work was created in 1988 and was called String of Puppies. This  was a popular work and Koons sold three editions for $367,000

Art Rogers noticed the work when it appeared on the front of the LA Times, he took Koons to court for copyright infringement.

Koons and his lawyer argued that the artist believed “the mass production of commodities and media images has caused a deterioration in the quality of society, and this artistic tradition of which he is a member proposes through incorporating these images into works of art to comment critically on both the incorporated object and the political and economic system that created it.”

Koons lawyer seemed to me to argue that his work was a parody of societies obsession with mass-produced comodities and that his work should be considered fair use. The problem with this is that it would suggest you could just copy anything you want as long as it belonged to a type of art that parodied society.

The court felt that under fair use a parody should criticise the original work not just wider society.

It was also argued that the original work was a photo and not a sculpture. But even though it is a sculpture, Rogers would not even have to consider making sculptures, for the court is was that the potential market for sculptures of the photographs existed.

In the end, Koons and Rogers agreed on a confidential settlement. 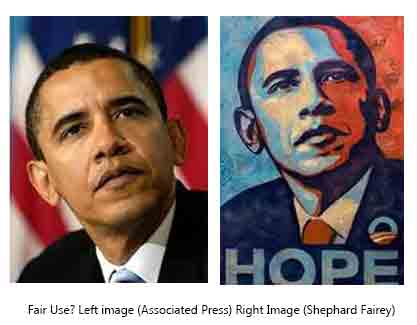 The street artist Shephard Fairey created “The Hope Poster” it was during President Obama’s campaign in 2008. The design became world-famous. It is a stencilled image of Obama with the words Hope printed below. In 2009 the Associated press made a demand for compensation, as it was allegedly based on the photo by Mannie Garcia. Fairey filed a lawsuit arguing that his use of the image, was fair use. He wanted a judge to agree to this. Also, he did not profit from the work, he used any money made from the sale of the image to further produced more posters and did not profit from its sale and just did it to help the Obama campaign though not part of it.

No time in Court

The AP and Shepard Fairey settled out of court in 2011. Going forward they agreed to share the rights to make posters and merchandise bearing the Hope image.

He was charged with Criminal contempt and received a sentence of two years of probation and 300 hours of community service by a judge who cited his charity work.

Is an American artist associated with appropriation. He uses existing images and recontextualises them. Sometimes just rephotographing and presenting them as his own works. Recently he simply took a selection of peoples Instagram posts, enlarged them and presented them as works in a gallery.

In the early 1980s, Prince became interested in the cowboys used in the Marlboro adverts. 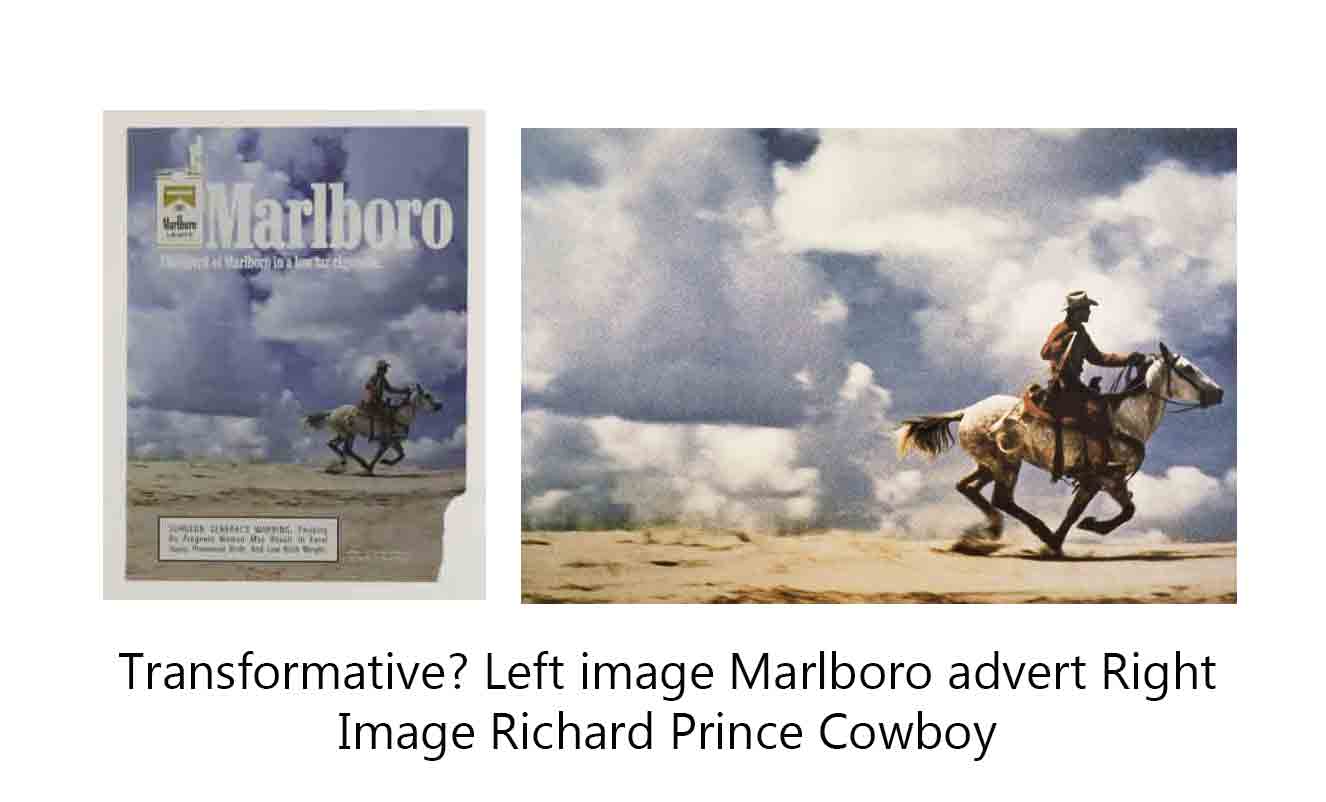 This Untitled piece shows an American cowboy on a galloping horse against a backdrop of white fluffy clouds on a blue sky.

Prince cropped and re-photographed the images by doing this I felt he was commenting on the images that are used in popular culture and advertisement. And by rephotographing and cropping he changes them into artworks…
Prince simply re-photographed the cigarette ads, removing the Marlboro logo. By doing this Prince deconstructs the advertising photo and makes us think about the media an images we fed on a daily basis commenting on this social construct. 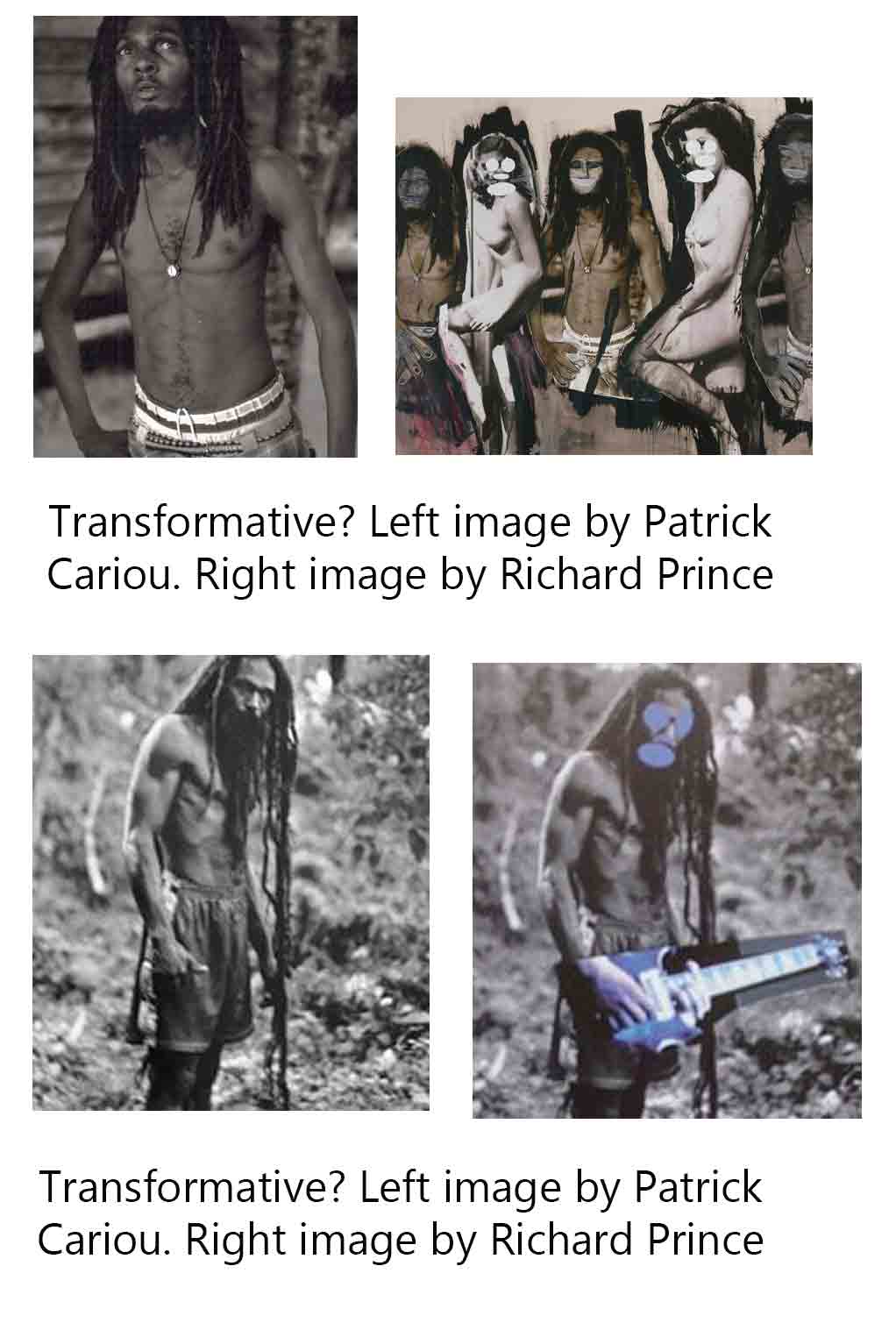 In the year 2000 the photographer Patrick Cariou released a book called “Yes, Rasta” which was a book of photographs featuring Rastafarians living in Jamaica

In 2008 Richard Prince had a show called Canal Zone, which was a series of works incorporating Cariou’s photographs. Prince’s work process for his Canal Zone piece included copying the original photographs and transforming them in various ways such as painting on them, he increased them in size taking several photos and making new images.

In the Cariou photo, a Jamaican Rasta with long dreadlocks stands in a forest clearing. In the Prince version, his eyes and mouth are covered in three blue ovals and the prince has added a print of a photograph of the hands of a guitarist with an electric guitar on the Cariou the man is holding nothing.

Prince’s work process for his Canal Zone piece included copying the original photographs and transforming them in various ways such as painting on them, he increased them in size taking several photos and making new images.

Cariou in 2009 sued for copyright infringement

In 2011 a judge ruled in favour for Cariou in 2011, the changes that Prince had made were not significant enough. The case went to appeal.
The appeal court felt the majority of the works Prince produced had a significantly different aesthetic and purpose and most people would see this. 25 out of the 30 works were deemed to be transformative fair use. Prince settled out of court for the 5.

The information presented on this page and podcast is purely to present a general overview of the sort of legal cases artists find themselves involved in and is not a substitute for legal advice. The information given and images are not intended, and must not be used, instead of proper legal advice. They will contain generalisations that are not applicable in all circumstances or jurisdictions. In addition, court decisions may be superseded by more recent rulings and could be subject to different interpretations.