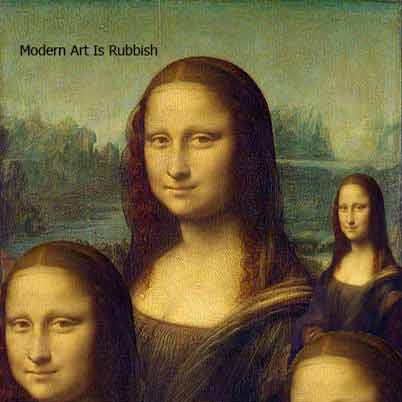 Mona Lisa is that is what they call you?

In this episode, we talk about the Mona Lisa.  Who was she? How many are there and why is she so famous? Join us as we investigate this da Vinci’s Masterwork.

Everyone knows the Mona Lisa is arguably the most famous painting in the world. The painting even receives fan mail the Louvre regularly receives poems and love letters written to Mona Lisa. There have been great songs about her Mona Lisa by Sam Cooke. Films like the Mona Lisa’s smile countless products such as T-shirts books and even condoms…..

Who was the Mona Lisa?

Da Vinci would constantly turn down work from Patrons. So to have painted the portrait of someone unknown was extremely unusual. To have a woman sitting look back at the viewer was quite revolutionary for the time.

There is no real need to describe the Mona Lisa. It was a revolutionary painting for the time most portraits were stiff and many were in profile. The Mona Lisa was the first informal looking portrait it is still a blueprint for portraits still today……The Mona Lisa is not painted on canvas but is an oil on board work. It is a very small painting being only 30″ x 21″ or 77 cm x 53 cm

Leonardo started work on the painting around 1503 and finished it circa 1506 returning to work on it for years later it was not the final version we see until as late as 1517.

The word Mona in Italian is similar to “Ma’am”, “Madam”, or “my lady” in English

Who was Mona Lisa?

Her family lived extremely close to Leonardo’s father. On March 5, 1495, the 15-year-old Lisa married Francesco del Giocondo. Francesco was a businessman in the area.  He was a client of Leonardo’s father Ser Piero da Vinci who was a notary  (a notary is a public official who certifies legal documents.). Being a very strong persuader is a possible reason Giocondo managed to get Leonardo to agree to make the painting. There is however no evidence that painting was ever given Francesco or that any money was ever handed over.

You can see a clip of the podcast with visuals on our youtube channel
Lisa del Giocondo – WAS She Mona Lisa?

How did it end up in the Louvre?

Invited by the King and living in France at the time Leonardo actually still had the painting in his possession when he died in 1519. It is believed that the painting was acquired by an assistant of Da Vinci, who sold it on to Francis I of France. It was held at a Palace at Fontainebleau, where it remained until King Louis XIV moved the painting to the Palace of Versailles. Following the French Revolution (1789 – 1799) it was moved to the Louvre.

Evidence that Leonardo painted a portrait of Leonardo

Considered to be the first important art Historian Giorgio Vasari. Described the early painting of the Mona Lisa in his book “The Lives of the Most Excellent Painters, Sculptors and Architects.” A Second Edition was published in 1568.

He mentions that “Leonardo undertook to execute, for Francesco del Giocondo, the portrait of Mona Lisa, his wife, and after he had lingered over it for four years, he left it unfinished; and the work is today in the possession of King Francis of France, at Fontainebleau.”

In this piece, he described the portrait having eyelashes and eyebrows. He noted the reason for that smile “Mona Lisa being very beautiful, while he was painting her portrait, he retained those who played or sang, and continually jested, who would make her to remain merry, in order to take away that melancholy which painters are often wont to give to their portraits.”

Also, a clerk Augustino Vespucci and assistant to Niccolò Machiavelli also saw the early painting and wrote this in the margin of a book he owned.

Around 1504, Raphael executed a pen and ink sketch, in which the subject is flanked by large columns. Now the problem is that the sketch does not look like the Mona Lisa that hangs in the Louvre. The sketch is different from the portrait in the Louvre there are in particular columns in the background that are not in the Louvre Mona Lisa. Also, the sitter looks younger in the Raphael sketch. Finally, the background looks more naturalistic with just a tree and a building in the distance.

There is a theory that there might be a second (first portrait) The one in the Louvre is a re-imaging. Da Vinci has a history of returning to similar subjects….

The Isleworth painting is of a younger-looking Lisa that has columns either side of her as in the Raphael sketch.

Just before World War One, the English art collector Hugh Blaker spotted it in a manor house in Somerset, it was there for 100 years, he bought it and took it back to his studio in Isleworth London, this is why it is called the Isleworth Mona Lisa

This is now in a private collection and is rarely seen. Tests have been done on the background it showed the paints to be the same as used by Da Vinci.  A test by Professor John F. Asmus compared the use of light and shade in the two, paintings it was found to be the same for both paintings…. This new test had been previously used to Identify Rembrandt fakes.  The Isleworth painting is not yet universally accepted as a Da Vinci.

Beneath this later version could be the original – and possibly the actual portrait of Lisa del Giocondo, according to art expert Pascal Cotte.  The woman is different from the finished painting….. You can see a reconstruction of the person under the painting here.
Extra note not mentioned on the podcast, there is a theory that this woman was not even Lisa, some claim the subject is Pacifica, who was the mistress of Leonardo’s patron Giuliano de Lorenzi de Medici.

Here is a short video clip on the underpainting

The Mona Lisa in the louvre is an idolised vision. No ordinary woman such as Lisa at the time would not have had there hair long and loose on the shoulders. The Background of the Louvre painting is fantastical and mystical. On Lisa’s shoulder is a sash is something that characters from Greko-Roman gods….

Why is the Mona Lisa so Famous?

The Mona Lisa was not always as famous as it is today. It’s true notoriety only grew after it was stolen.

Many theories went around as to who had done it from Millionaire collectors ordering the theft, or a suggestion it was a German plot to destabilise the French government even Picasso was implicated and questioned at one point having been framed by his friend.

The theft was actually executed by Vincenzo Peruggia, who was an Italian living in Paris and a former Louvre employee.

What was believed to have happened that Peruggis hid in the Louvre on a Sunday and waited till the Monday maintenance day, to steal the painting?  He put on an overall, hid the canvas under it and made his escape via the maintenance stairs. He dumped the frame on the stairs. Being confronted by a locked exit, he protested to a plumber who let him out.
Peruggia kept the painting in his flat for over 2 years.

Several organisations offered rewards for its return, the Louvre 25000 Francs and another publication offered 40000, the story went around the world

He considered himself a patriot and believed that the painting should be returned to Italy.

Peruggia wrote to an art dealer in Florence named Alfredo Geri, he offered to bring the painting to Italy for a reward of 500,000 lire.
One of the reasons felt he should get a reward that he believed most of the Italian works in the Louvre had been stolen by Napoleon and that his patriotic duty and he deserved a reward for this.

Upon meeting  Geri, Peruggia was persuaded him to leave it with him for expert examination. The authorities were contacted and the police arrested Peruggia later that day.

At his trial, Peruggia noted that there was no real significance in his choice of the Mona Lisa. He considered the paintings of Raphael, Correggio, Giorgione, and other great masters. “But I decided on the Mona Lisa, which was the smallest painting and the easiest to transport.”

Taking into account time already served he was sentenced to a little over 6 months apparently his patriotism and his simple nature were taken into account.

Mona Lisa By Other Artists….

Duchamp drew a goatee beard on the postcard of the Mona Lisa and wrote below it LHOOQ which when you speak out the letters in French it sounds like a bit like you are saying  Elle a chaud au cul which translates into English as “she is hot in the arse”. You can see an image of the work from this link.

Being friends with Andy Warhol this seems to be the American Artist’s response to Warhol’s Dollar Bill and Mona Lisa Silk Screens. Here is an image of the Basquiat work.

This work seems to be Basquiat’s answer to Warhol’s Dollar Bill and Mona Lisa paintings.

A slightly inflated plump painting of the Mona Lisa was created by the Colombian artist. Fernando Botero

Why Is Mona Lisa So Famous? – It’s NOT What You May Think!

You can check out a clip of the podcast here with visuals.