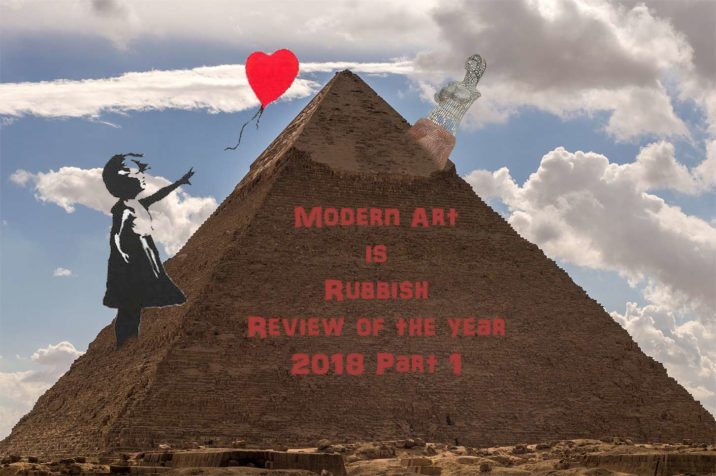 Should I shred my Banksy?

A Banksy canvas was shredded during an auction, as result, the work has become world-famous. As a result, its value has now been increased as much as 2 times.

According to an article in the Independent   A founder of myartbroker.com was approached by a potential customer, after they had apparently shredded the bottom of their limited edition of Girl With Balloon thinking it would increase its value.

Below is a video of Banksy video about the original Shredding

Andreas Hvid and an unbeknown woman sneaked in at night and avoided the security guards.

You can read more and see images in this Artnet article

How he climbed the Pyramid

Massive Attack is celebrating the 20th anniversary. By releasing a DNA version of their album. It will be sold inside a spray can.    You can read more about this in the Wired Article

The parents of a young boy have been billed $132000 by an insurance company. After their son hugged and knocked over a sculpture causing irreparable damage. They with him at a community centre in Kansas for a wedding reception

The parents stated that there was no sign around it no casing, it also was a place where they regularly have sports activities like table tennis.

A video of the Boy knocking over the Sculpture

Interview with the Mother on the subject.

Retna suspected of vandalism in an Art Gallery

According to a TMZ article

The Artist Retna allegedly twice vandalised an art gallery show, where one of the works was Damien Hirst. It was suggested that this might have been because he did not get his work hanging alongside that of Hirst.

Retna (Left) Relaxing in front of one of his paintings.

According to an article in Art News

The Little Mer-Sausage sculpture has been vandalised. It is large phallic-looking hot dog sculpture on a yellow domed base

Although it was in the middle of a pond. It looks like someone walked across the frozen water and gave it a big kick. Breaking the sausage off. The hot dog is the national dish of Iceland

Stampede as per the website shows “300 objects from the Denver Art Museum’s collection to explore the presence of animals in art throughout centuries and across cultures.”

Siebenlist purchased a ticket.  Walked into the exhibition and went on a vandalising spree and was seen by a witness causing damage by throwing sculptures across the room, pushing over a work making it shatter, he also tried to damage a couple of paintings that were protected by plastic glass. In all, he damaged at least 10 works.

You can see a link to the show here