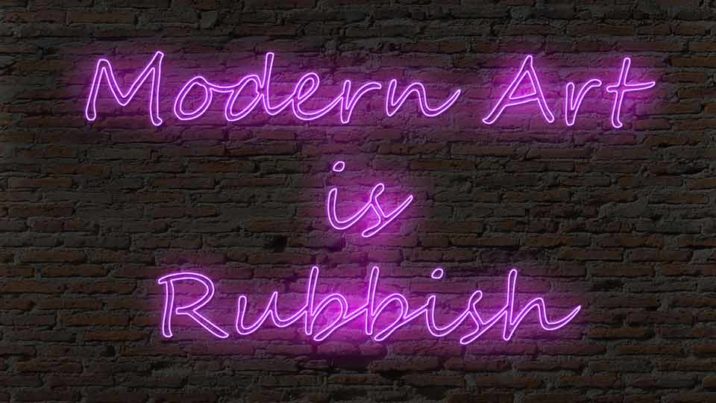 Martin Creed is a multidisciplinary artist, his works include video, drawing, sculpture and music. He was born in 1968 in Wakefield, England and moved with his family to Glasgow at the age of 3.

Martin Creed is an artist that just makes stuff whenever the inspiration comes to mind. He stated that he found it difficult to assess the importance of an idea, so he tries to choose without having to make decisions. He does not want his works to be difficult to understand.

Work No 79 Some Blu-Tack kneaded, rolled into a ball, and depressed against a wall

He was requested to make a work that could be sent in the post.

Work No 227: The lights going on and off

This is a work which consists of an empty gallery space, in which the lights go on for 5 seconds then go off for five seconds.

The dimensions of the piece are variable and the medium is gallery lighting.

Description of the work from the Sotheby’s page

Overall dimensions variable: calculate the volume of a chosen space. Using air, blow up white, 12 in. balloons until they occupy half the volume of the space

This is a video of someone being sick

Work no. 203: EVERYTHING IS GOING TO BE ALRIGHT

You can see the work here

Is a big white bright large neon sign, it was thirteen metres in length and half a metre in height.
It was originally temporary public artwork for the Clapton Portico.  The sign was installed just below the triangle shape.

This time it was put on the front of the Tate Britain you can see it here.

Martin Creed also creates Music you can see some examples of his work below.

Work No 1197: All the Bells in a Country Rung as Quickly and Loudly as Possible for Three Minutes.

The idea Creed had was to ring bells, to greet the London Olympics in the UK in 2012. So at 8.12am on the 27th July, bells across the country were rung. The houses of parliament “Big Ben” bell even rang 40 times, this is the was only time it had struck outside of its normal schedule. A link to an interesting article on this here in the Guardian newspaper and also the video of Jeremy Hunt MP nearly hitting someone with a bell is there too.

Martin Creed Turner Prize 2001 – COULD IT be Vandal Proof?