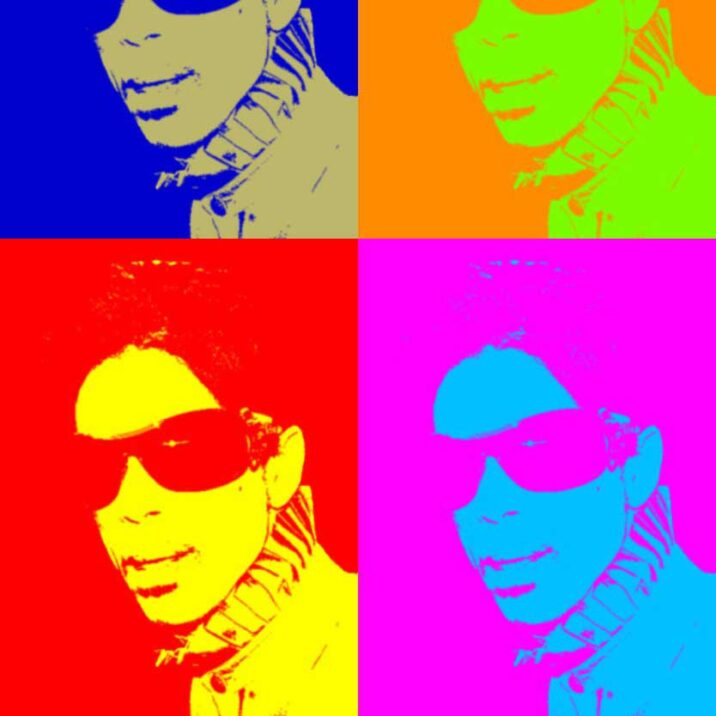 An untitled piece by graffiti artist JonOne was painted in front of an audience in Seoul in 2016. The artwork currently hangs in Seoul, where it was inadvertently defaced by a visiting couple.

The couple thought the paint and brushes, used in the original artwork and displayed as an integral part of the work, were an invitation to contribute.They were not, but organisers will not be pressing charges for this honest mistake. There is now a small fence in front of the artwork, with signs saying “ Do not touch”.

Is it a Prince?

His name was Prince..and he didn’t look different enough for Lynn Goldsmith.

Celebrity photographer Lynn Goldsmith claimed the Andy Warhol Foundation infringed her copyright by presenting her 1981 photo of Prince in a way that didn’t constitute transformative use. This claim has been upheld in a  ruling that goes toward clarifying the conundrum: when is transformative use an infringing derivative ie not allowed versus when does transformative work constitute fair use, which is allowed?

This is the second ruling on the case, with Judge#2  judging Judge#1. Judge Gerard E. Lynch of the 2nd circuit court of appeal said that Judge John G. Koeltl spoke in error and “should not assume the role of art critic and seek to ascertain the intent behind or meaning of the works at issue.” Koetl had said the Warhol images were fair use as they transformed the “ vulnerable, uncomfortable person” of Goldsmith’s photos into an “iconic, larger than life figure,” when he ruled in favour of The Andy Warhol Foundation in 2019.

You can hear Tom’s latest musical release below