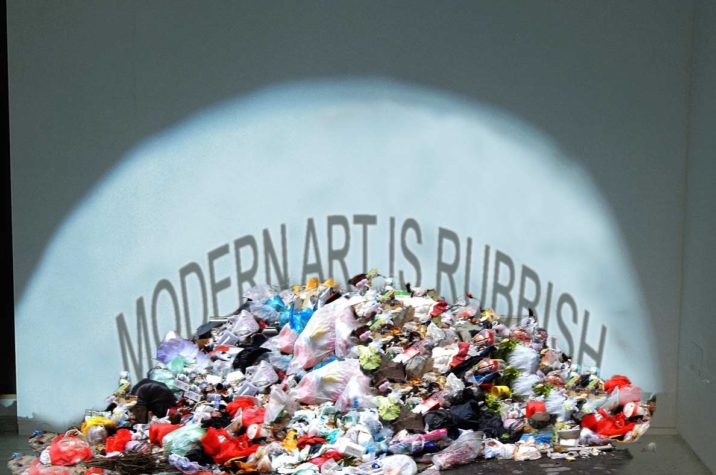 Cod and Chips to Take Away 2008 Gavin Turk

This work is bronze cast of a polystyrene takeaway chip tray, the tray looks as though it has been crushed underfoot on the street. It is painted to look like a real one there is even the trace of a shoe print on it. Turk  also produced a series of Bronze cast Bin Bags such as 2004’s Dump a bronze cast of a used bin bag full of household waste

Tim Noble and Sue Webster are British artists, some of there most famous works are Shadow Sculptures. These incorporate diverse materials including household rubbish, scrap metal and taxidermy animals. By shining light onto these assemblages they cast realistic-looking silhouettes. The work dirty White Trash with Gulls is made from the rubbish accumulated over 6 months, by the artists. The work looks like a big pile of trash being picked over by a couple of seagulls on the hunt for some food. The work casts a shadow which shows the silhouette of the artists decadently sitting back to back, one enjoying a cigarette and other a glass of wine. This work brings together the world of abstract and representational art.

Link to a large image

In 2001 the artist for his work Breakdown, destroyed everything he owned, even his car and passport. After making a list of 7,227 items he owned, he and a team of 12 assistants over the space of 2 weeks,  shredded and dismantled and crushed all of his possessions.

The site looked a bit like a factory floor, it was situated in a  temporary space on Londons Oxford street.  The piece was about consumerism and is about how the things we own define us. 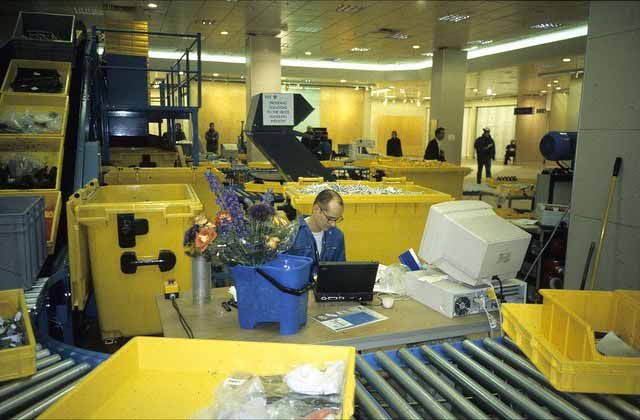 Breakdown by Julian Stallabrass is licensed under CC BY 2.0

We met up with the Suffolk based artist Andy Greenacre, we talked to him about his Sand sculpture made by using discarded packing to create the shapes. 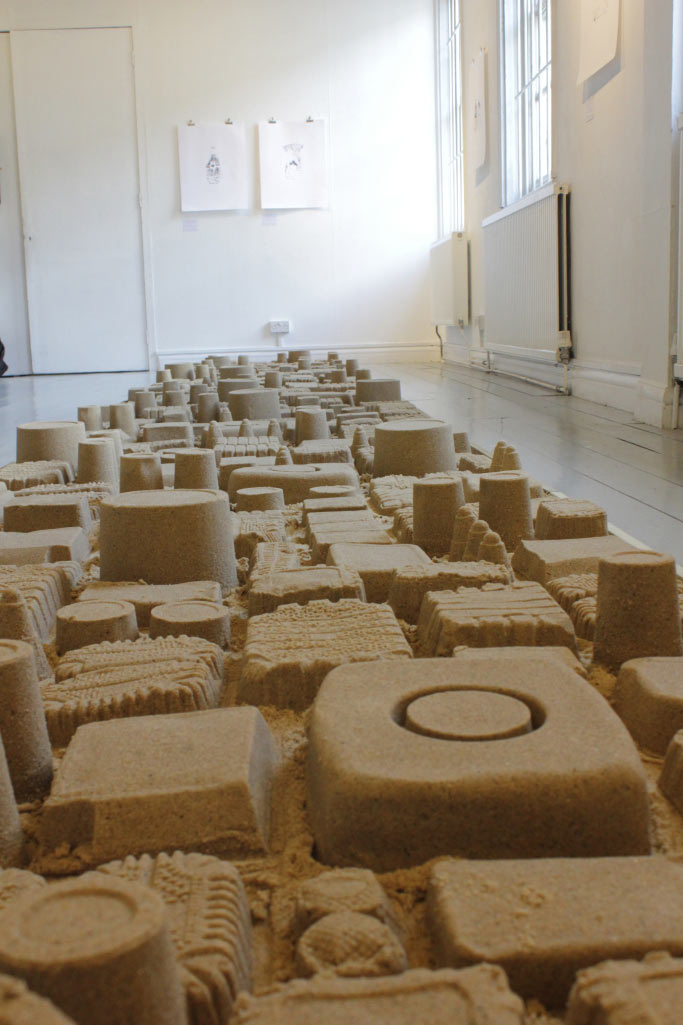 Art can be Rubbish

There have been times when cleaners have mistaken artworks for rubbish.

In 2004 a cleaner threw away part of a work by the artist Gustav Metzger. One part of his art installation was a bag of rubbish, there was a parameter on the floor which the bag was placed behind, the bag represented the fragility of art. The bag of rubbish was replaced, and for the rest of the exhibition, the work was  covered overnight and staff informed that the bag of rubbish was part of the artwork. The Artist Damien Hirst had a work binned accidentally too. In 2001 a cleaner tidied up a collection of beer bottles empty cigarette packets paint tubes old ashtrays. It was created to look like the chaos in an artist’s studio. In 1986 A work by Joseph Beuys “Untitled” Bathtub. It had a layer of Grease on it, the cleaner cleaned the bathtub clean.