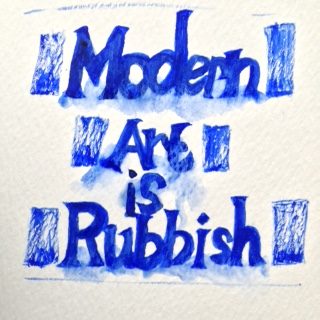 Blue is the Artiest Colour

Join us on a trip into the wild blue art yonder, from ancient stones to giant cockerels we celebrate all that is blue in art.

The most important vibrant blue that went on to revolutionise art was Ultramarine which literally means from over the sea. It was mined in Northern Afganistan as early as 6000bc
It was used to decorate many ancient artefacts in areas like Mesapatania and Eygpt.

To turn it into a blue pigment it would take literally days….. 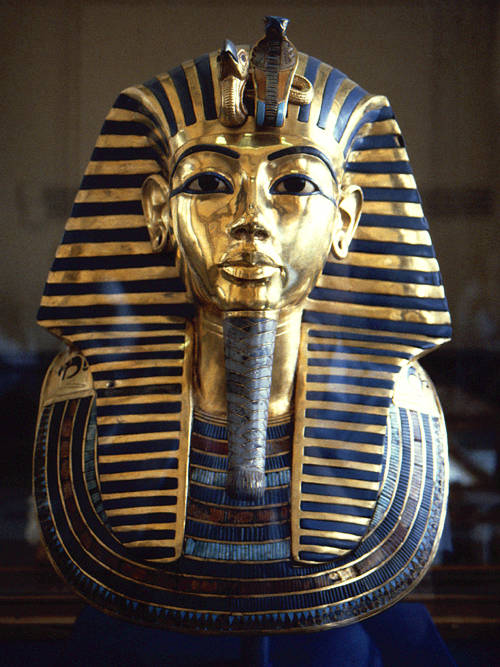 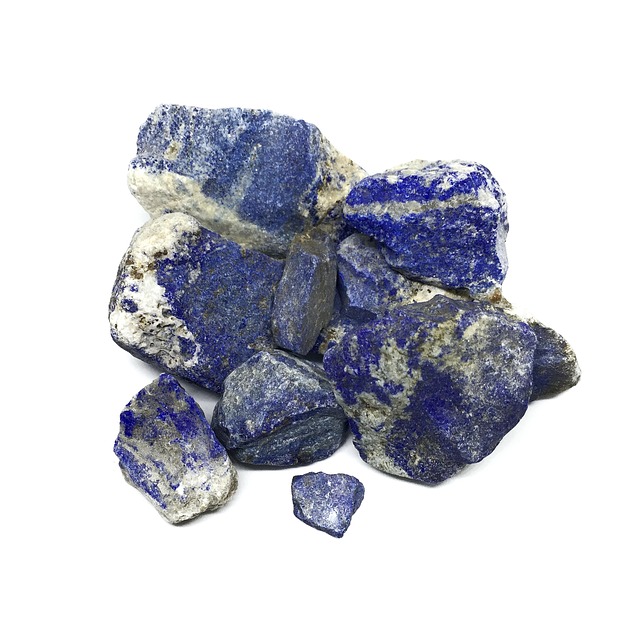 The mask of the Pharaoh Tutenkamoon made of gold precious stones lapis lazuli is used around the eyes and eyebrows….

Ground azurite was often in Renaissance used as a substitute for the much more expensive lapis lazuli. It was a pale blue and was unstable and could turn dark green over time.

To extract the ultramarine from lapis lazuli is a very long process it takes days and days. Trisulfur causes a blue colour.

It remained an extremely expensive pigment until a synthetic ultramarine was invented in 1826.

When it first arrived in Medival Italy the church kept tight control on its usage, it was for centuries only used in religious paintings. Only being used on the Virgin Mary and the sky in paintings. The church passed laws Blue 1300’s banned citizens from wearing blue

Fra Angelico’s (c.1387-1455) Annuciation. The painting is a beautiful example of Blue use.
The picture depicts the Archangel Gabriel’s Annunciation to Mary, that she is to give birth to Jesus. It also depicts Adam and Eve are being kicked out of Paradise. This picture suggests the damnation and salvation of Humanity. This altarpiece was painted for the monastery of Santo Domenico in Fiesole, near Florence 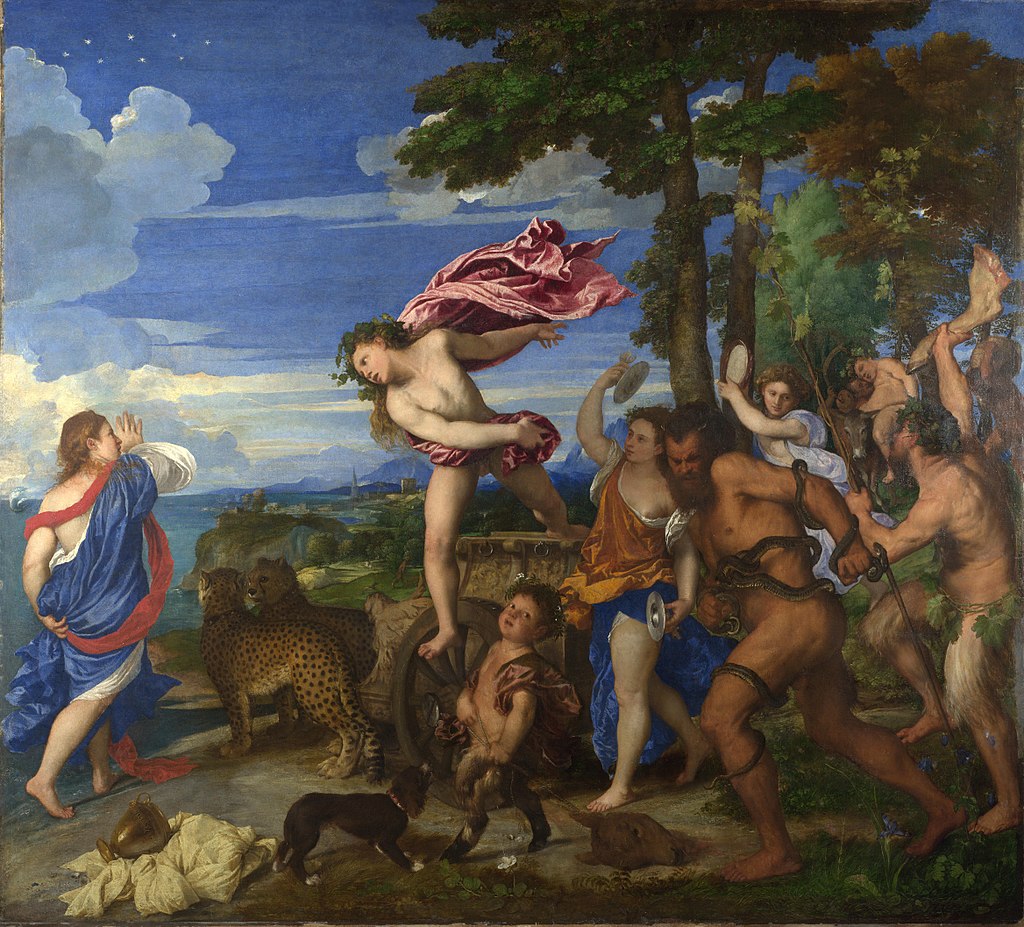 Raphael was originally commissioned to produce this work, upon his death. Titian took on the work. Only a preliminary drawing was produced at the time of Raphael’s death in 1520. In Bacchus is the name of a Roman god who is a copy of the Greek god Dyonisis and Ariadne. The work depicts the Greek myth

Ariadne In charge of the labyrinth where the minotaur lives. She falls in love Thesus who she makes a pact with to kill the minotaur. But he goes back on their deal and dumps her on the island of Naxos. The scene that Titian has painted is the moment of abandonment.  This painting shows Bacchus arriving with his entourage on cheetah drawn carriage at the coast. He sees Ariadne and falls totally in love with her. It would have cost a fortune to make, as it is sumptuous painting using a lot of blue,  a large part of the painting taken up with sky and also Ariadne wears a rich blue garment.

Picasso had a dark period in his life from his late teens into his early 20s. This period in his artistic career was called his Blue period. He would paint melancholic figures with mostly blue canvas.

There was a key event in his life that led up and certainly contributed to this period.

Around 1899 Pablo Picasso whilst staying in Barcelona met the artist Carles Casagemas a Catalan artist and writer.

In 1900 both friends went on a trip to Paris, During which Casagemas fell in love with a married model called Germaine. He fell deeply in love with her, however, the affair was never consummated.

This disastrous relationship was made worse by Casagemas mental state at the time. In February 1901 Casagemas went out with his friends at a cafe bar called Lhippodereme. After drinking heavily, he gave a short drunken speech and pulled out a revolver. He shot the object of his affections, she fell to the floor. She, however, was not seriously injured. Casagemas unfortunately in a drunken depressed state thought that he had killed her. He shot himself in the head and died the next day.

Picasso was not able to attend his friend’s funeral. This event deeply affected Picasso and he became pretty obsessed with his friend. He moved into Casamegas apartment and even had relations with Germaine his late friend’s partner.

Picasso was now in deep depression this was reflected in his art and blue colour was to pervade in all his future works for the next few years.

Yves Klein was an artist who sought to liberate the world with the colour Blue.

One clear Sunny Day in the 1940s a 19-year-old artist, was hanging out on a beach in the south of France with 2 of his friends, they decided to split the world between the three of them.
One chose the earth, one chose words, Yves chose the space surrounding the earth. He signed the clear blue sky as his first artwork.

Not being sure where his talents lay. He studied Judo 1948 to 1952, this would have been a transcendental practise to him. He became a 4th dan Karate black belt and was even had a stint as Karate master to Franco’s forces.

He was really interested in the spiritual and mystic. Through his blue paintings, he hoped to connect and liberate the world. He loved magic and the rituals of the mystical and was influenced by the 17th century Rosicrucian society.

His first exhibition was in 1955 he displayed various Monochrome colours including red green and blue. Gradually his love of blue took over.

To create his blue arranged for a colour specialist to create a pure pigment and named it International Klein Blue.

The idea behind the blue works was to radiate colourful waves engaging the soul and the imagination.

He went on to produce many works mostly in Blue such as blue installations Monochrome blue flat canvases. Busts of a body all in blue

Here is a link to his Blue Works and other Works

Klein chose to show nothing in a gallery. The piece has one of the longest title for a piece, called La spécialisation de la sensibilité à l’état matière première en sensibilité picturale stabilisée, Le Vide (The Specialisation of Sensibility in the Raw Material State into Stabilised Pictorial Sensibility, The Void): The window of the gallery was painted blue, a blue curtain was hung in the entrance lobby, accompanied by republican guards and blue cocktails. Upon entering the gallery there was nothing. It was well publicised and approximately 2500 people turned up.  Police had to be called to disperse the crowd.

Yves Klein was one of the first to make painting as performance. He used naked women as what he called ‘human paintbrushes’ to make his ‘Anthropometry’ paintings,

An audience would be invited to view. Klein would direct the women who covered themselves in blue paint to make marks on large canvases. Whilst he did this, musicians would play a single note this music was called a “Monotone Symphony”. Then there followed 20 minutes of silence.

A good Video about these performances is below

Leap into the void

In 1960 Klein had a photograph taken of himself mid-flight after, leaping out of a first-floor window. Klein distributed this photograph on a fake broadsheet.

You can see the Leap into the Void work here

Klein died in Paris of a heart attack, at the young age of 34.

The artist Roger Hiorns coated an empty council flat in Southwark, with blue copper sulphate crystals. It was made with 75,000 litres of liquid copper sulphate that was pumped into the flat.

He also  has coated the engine of a BMW car

Links to images below

Hahn/Cock is a sculpture of a giant blue cockerel by the German artist Katharina Fritsch. Hahn is the German word for Cock.
It is made of fibreglass and is 4.72 metres (15.5 ft) high. It was first shown on the 4th plinth in London’s Trafalgar square. Fritsch is known for large monochrome sculptures.

Marcus from the show in front of  the Sculpture 2015 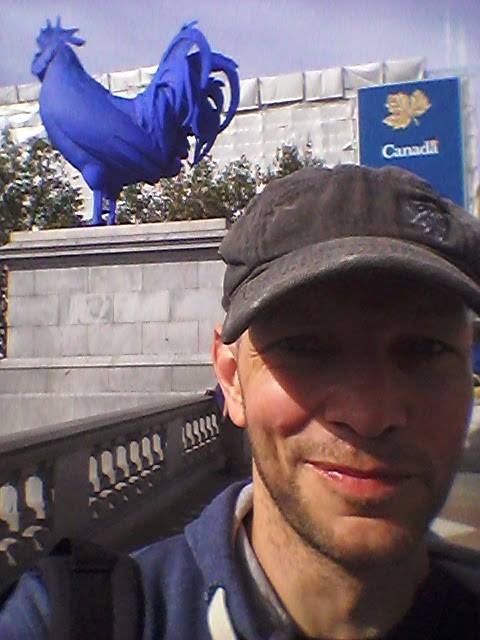 Links to her works below

2 thoughts on “Blue is the Artiest Colour – MAIR13”