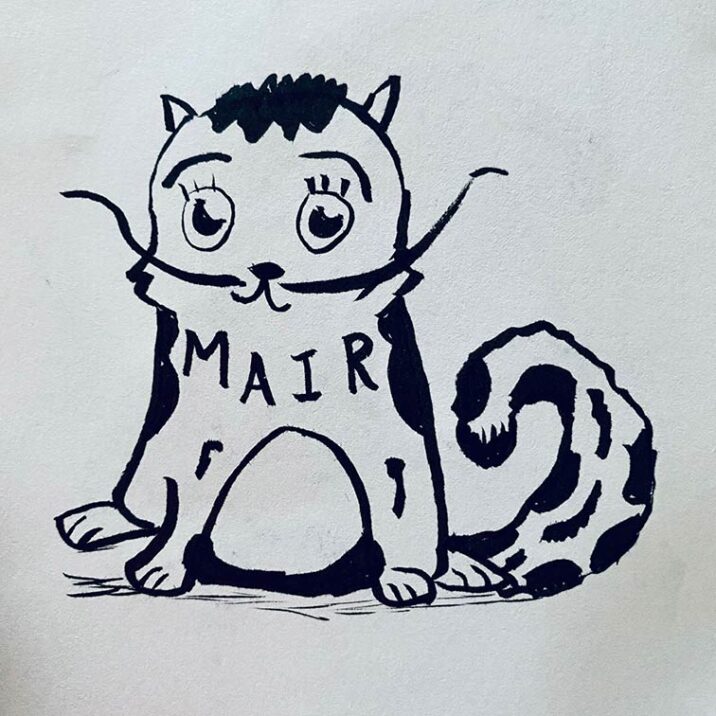 Today we talk about Digital art, Banksy and a Rubbish Artist.

Christies is having it’s first major auction of a totally digital artwork. The work has been created by the artist Beeple. It is giant digital collage of 5000 artworks created over 5000 days. It is called EVERYDAYS: THE FIRST 5000 DAYS. The owner of the work will be provided with a Non Fungible Token (a digital token that is proof ownership of this unique work)

Also the same year a CryptoKitty called Dragon sold for 600 Ethereum coin ($170,000). You can learn more about CryptoKittes here on their website

Digital works have gone for large amounts. “The Forever Rose” Was a totally digital work produced by the Artists Kevin Abosch and GIFTO. It sold for 1 million dollars in a charity auction.

An artist from Suffolk in the UK Jason Alexander has been making artworks from the litter he has been collecting. He has been making them in his back garden. He has made things such as a stick man and a map of the UK. He hopes to encourage people to stop dropping litter. You can see a short interview with him on the BBC news page. If you have developed a taste for Rubbish you can listen here to our Rubbish Episode.

A Banksy has appeared on the side of reading jail, this was the jail that the writer Oscar Wilde was imprisoned in. It is due to be turned into housing however campaigners have been trying to get it turned into an arts centre. Some experts are suggesting it may be a picture of Oscar Wilde

Another buyer who bought the Banksy hoola hoop girl the girl with a tyre as a hoola hoop. Has been sent nasty emails about him removing it On Wednesday, Mr Brandler said: “If I hadn’t bought it and removed it, in two years’ time there wouldn’t have been a Banksy there at all.” There was a quote that appeared on the board that replaced the artwork “More people went to see the mona lisa after it was stolen than when it was the